I just arrived in Alaska tonight so I can go to the doctor with my dad. Some of you may be aware that he has cirrhosis of the liver. While growing up, I did not live with my dad but I honestly do not remember him drinking much. He actually drank O'doul's, which was a 'fake beer'. So how did he get cirrhosis? There are facts that state Agent Orange, which was a herbicide sprayed during the Vietnam War can be the cause of liver failure. The VA has not acknowledged that the dioxin could cause cirrhosis of the liver. I've read several forums of Vietnam Vet's who were exposed to Agent Orange and now have cirrhosis of the liver and the VA still denies this. The VA tells them it is due to drinking. The men state that they have not drank or rarely drink. But here's another bright idea good ole VA.... many of them drink because of PTSD! Hello.... men came home at the age of 20 and put sandbags around their house to protect their family. America's spit on these men, protested against them. There was no support back then..... so yeah, maybe they did turn to drinking to forget! Now, I am not against supporting our military at all. In fact, I 100% support them. I'm just extremely disappointed in how our Vietnam Vets were treated and it sickens me that 40 years later, they are still fighting for what they deserve. I, for one, will more than likely lose my father because of that war. I was fortunate he returned home and I had many years with him. But in reality, I am shafted because he should not be dying!

So for now, I am sad, heartbroken, angry, mad, and mostly cherishing every moment I have with my dad! 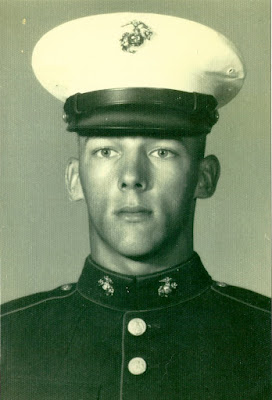