Dad.... I wanted to pick up the phone and call you tonight to let you know that Chuckie was killed in a car accident. Susie is going to be ok, she has a lot of bruising. I don't know the details, just that it was a head on collision. When mom called to tell me, my heart just sank. Because it was Kiki who called me last September, crying when she had heard you passed away. They came to your service and it was the first time I had seen either of them in so many years. I remember being young and you taking me over to their house. Mom and I got Brutus from Chuckie and you got Burt from him. Papa and Charlie were friends, Uncle Tom and Chuckie are friends.
I'm so thankful that I got to be there with you those last few days. I'm so thankful that I got to hold your hand and sleep with my head on your shoulder. Kiki and Kim didn't get that, Kiki said she hasn't even been able to see him because they took his body to Flagstaff for an autopsy, because he's evidence. I can't imagine. I miss you so much dad.

Here you are with your plane, the one that flew you guys back and forth from Mesa to Palo Verde to work on the power plant. Dad, you are the best dad ever! I love you forever! 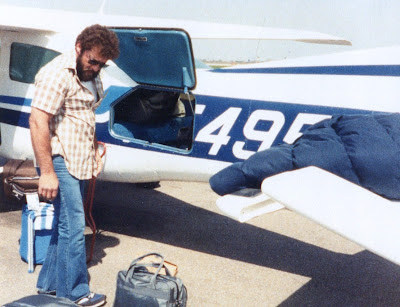 This year, Memorial Day has a new meaning for me, for some reason. It's not a day I want to celebrate, it's a day I want to remember. Remember those who have paid the ultimate sacrifice. It's a day to remember those who have gone to a foreign land, to fight for freedom, never to return home. My dad came home but he lived with the war every day of his life. 40 years later, the war won and I lost my father. I am thankful for the fact that I had so many years with him because there are many who don't have the time that I did. Memorial Day is for those men and woman who are true hero's and for those of us who grieve the loss of our loved ones, for our freedom. 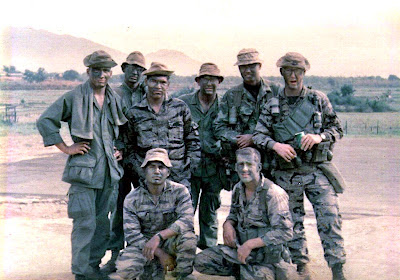 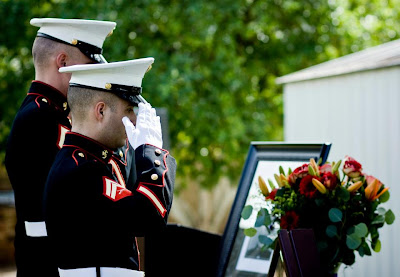 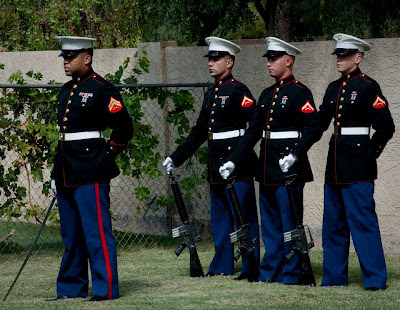 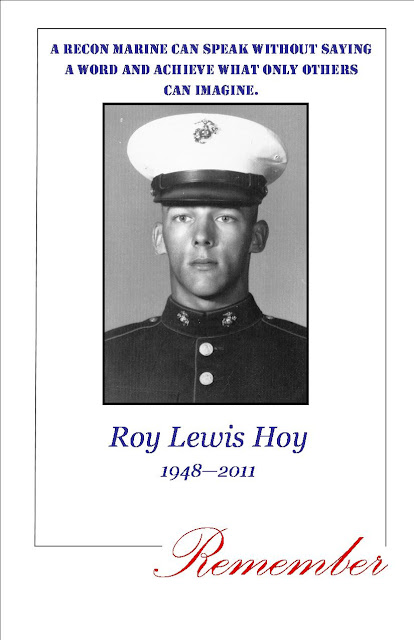 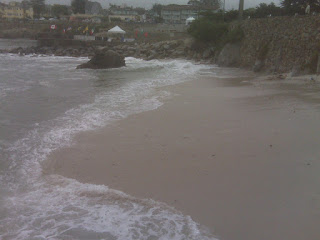 In memory of my dad... tattoo 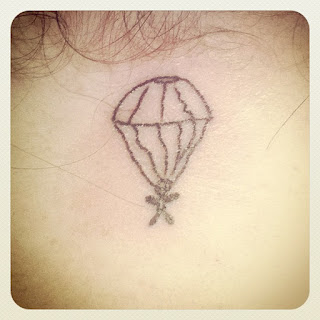 I've been thinking and thinking what tattoo I would get in memory of my dad. An American flag. A quote. Some mentioned dog tags with his name. There was even mention of combat boots, his dog tags, the American flag, and a slight view of a Vietnam flat- whoa.... I wanted small and HELL no am I putting anything Asian on my body. So I kept thinking... and my option was going to be a quote on my foot but I just didn't know what to put. Ok, the obvious was "Roy Hoy the Good Boy" (before you think what the heck, let me explain). My dad always said "Roy Hoy the Good Boy". When I was younger, like 6 or so, he actually had a t-shirt made with that saying. So let me say this now, there is no way I'd put that on my body. The saying makes me laugh but it's not something I would want on me for the rest of my life. So we are now back to the idea of the American flag, I love America, my dad was a Recon Marine, so why not... but maybe a flower, well not a rose and possibly a heart but I just don't like that idea for a tattoo. Then, I was talking with a friend, she said I need something that symbolizes not just the military side of my dad but the fact that my dad lived his life to the fullest. He had no fear, he accomplished his dreams, and he had no regrets. That is when it hit me... the drawing. The drawing that I saw just months after he died. The drawing that was on a letter addressed to my mom after my parents split up. The letter that told my mom how much he loved me. How he prayed to God, something he had stopped doing but now was doing again... he prayed to God that nothing bad would happen to me. He told my mom how on the day I was born, the reason he went for a jump (skydiving) was to celebrate my birth. That he understood she was not happy about it but he just had to do it. The same letter that told my mom how he would be there for her and for me. Where he signed his name, he doodled this drawing. A drawing I grew up  knowing as my dad's little symbol. A drawing, that as I mentioned, I had not seen for years until I found the letter my mom had saved all those years ago. A letter she didn't even remember she had.  A letter that means the world to me. So I took the drawing, the exact one from the letter, and the tattoo artist drew it on the back of my neck. I can hear my dad now... not too happy that I got a tattoo but I would hope he would be proud of my choice. It will be with me forever and a constant reminder that my dad has always and always will have 'my back'. So dad, this one is for you... I love you!
Posted by Jenn at 9:43 PM 1 comment:

I wish I would have kept the video going... but I love watching this because he makes me smile!
Posted by Jenn at 10:32 AM No comments: