I can't imagine having anyone else for my role model. You will always be my hero, my heart. I know that you are always watching over me and I am living my life the way you'd want me to. Taking chances and doing things that may be scary but that I can always look back on and have an amazing story to tell. It's taken me a long time to take some risks and skydiving is one of the biggest risks I have wanted to take. Now, I'm not going too crazy... I do not foresee swimming with sharks in the future and sorry, but I won't be flying a plane either. I'll leave that one for you! My goal is to do the things I want to do and enjoy every day of this life I have. To be happy because that would make you happy. I miss you dad, more than I ever knew was possible. I wish you could have been here physically today but I know you were with me every second. Today, I got to fly with an angel... you!

Happy Birthday Daddy... I love you with all my heart!
Thank you for keeping me safe! xoxox 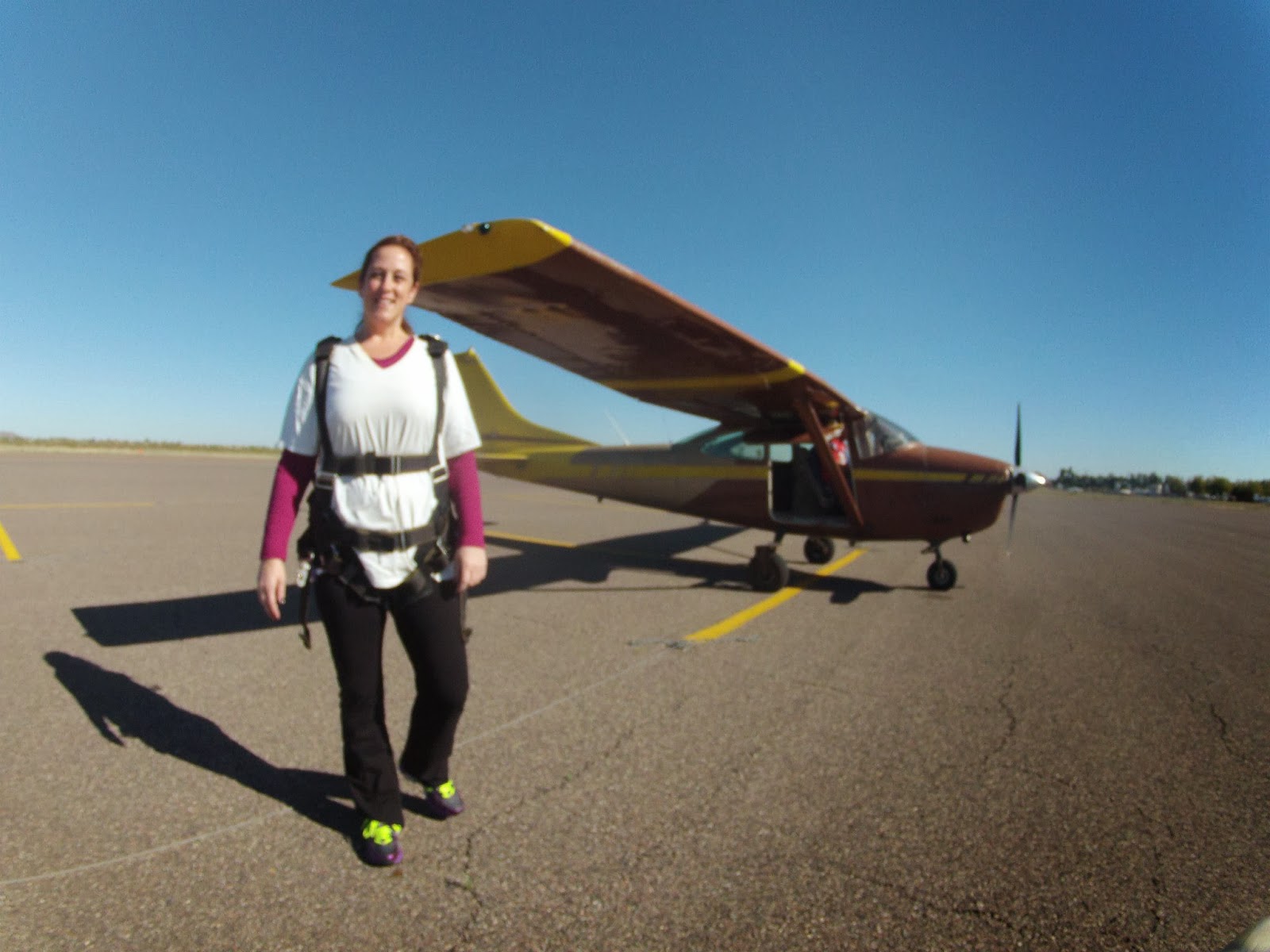 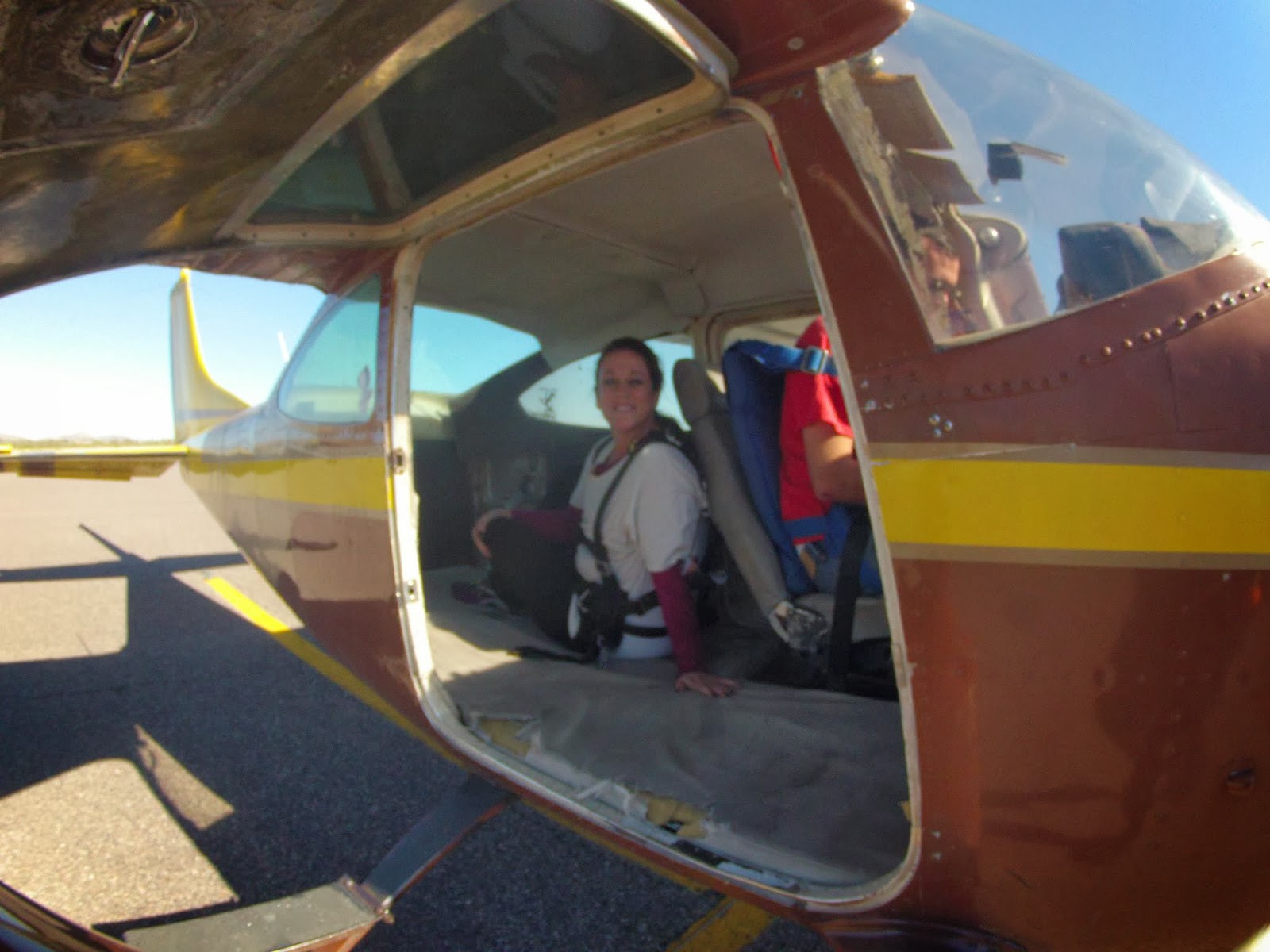 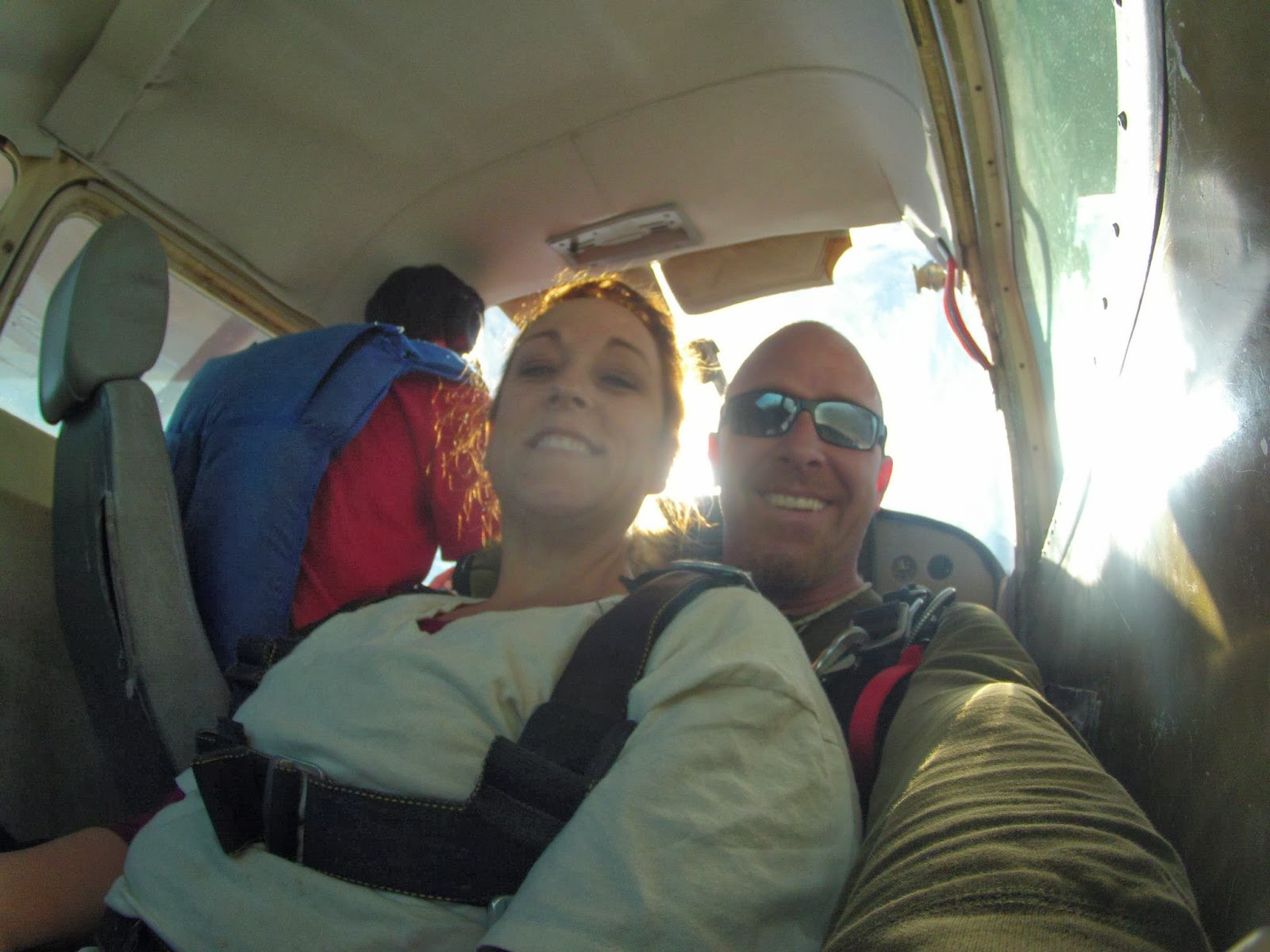 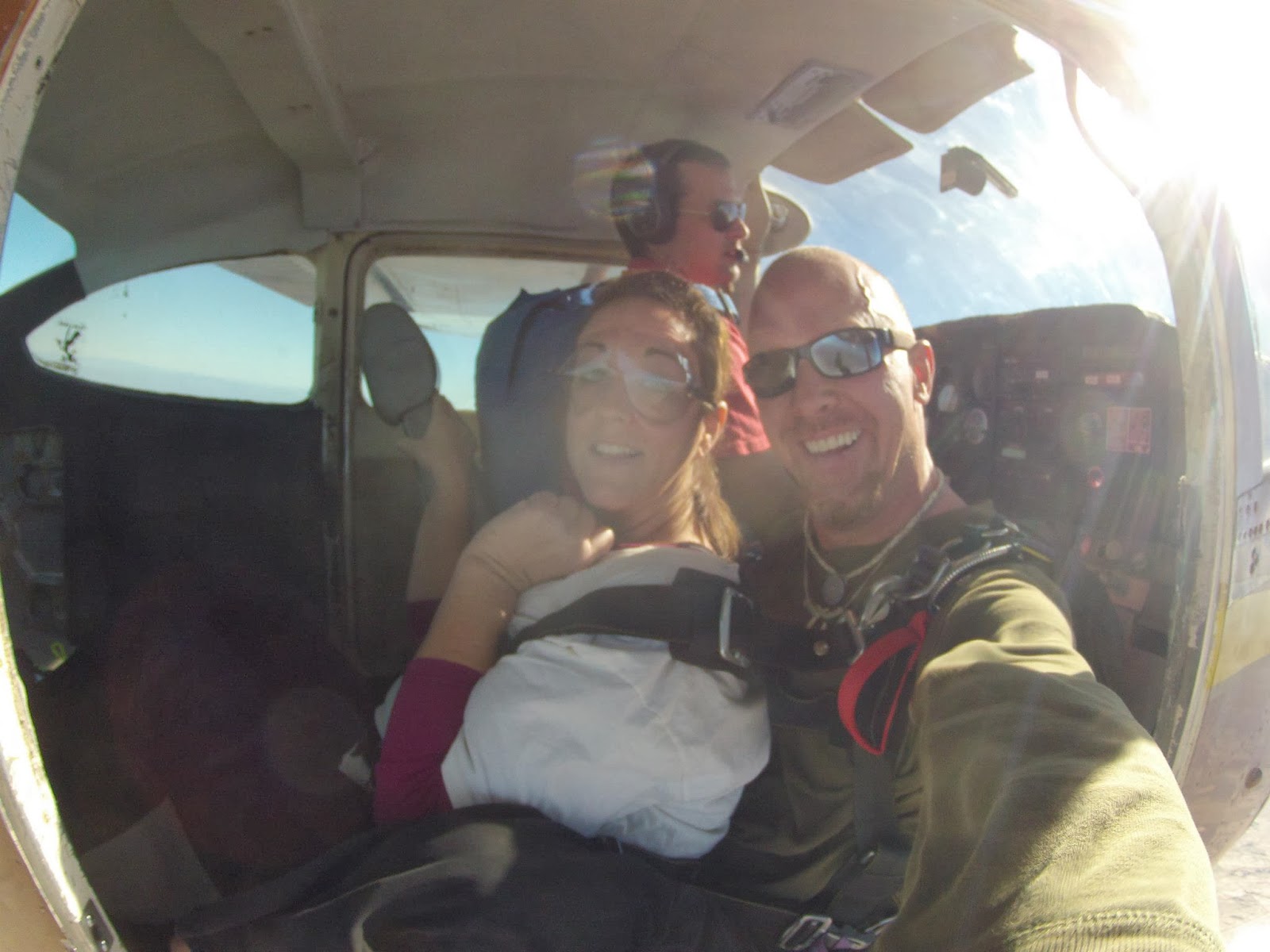 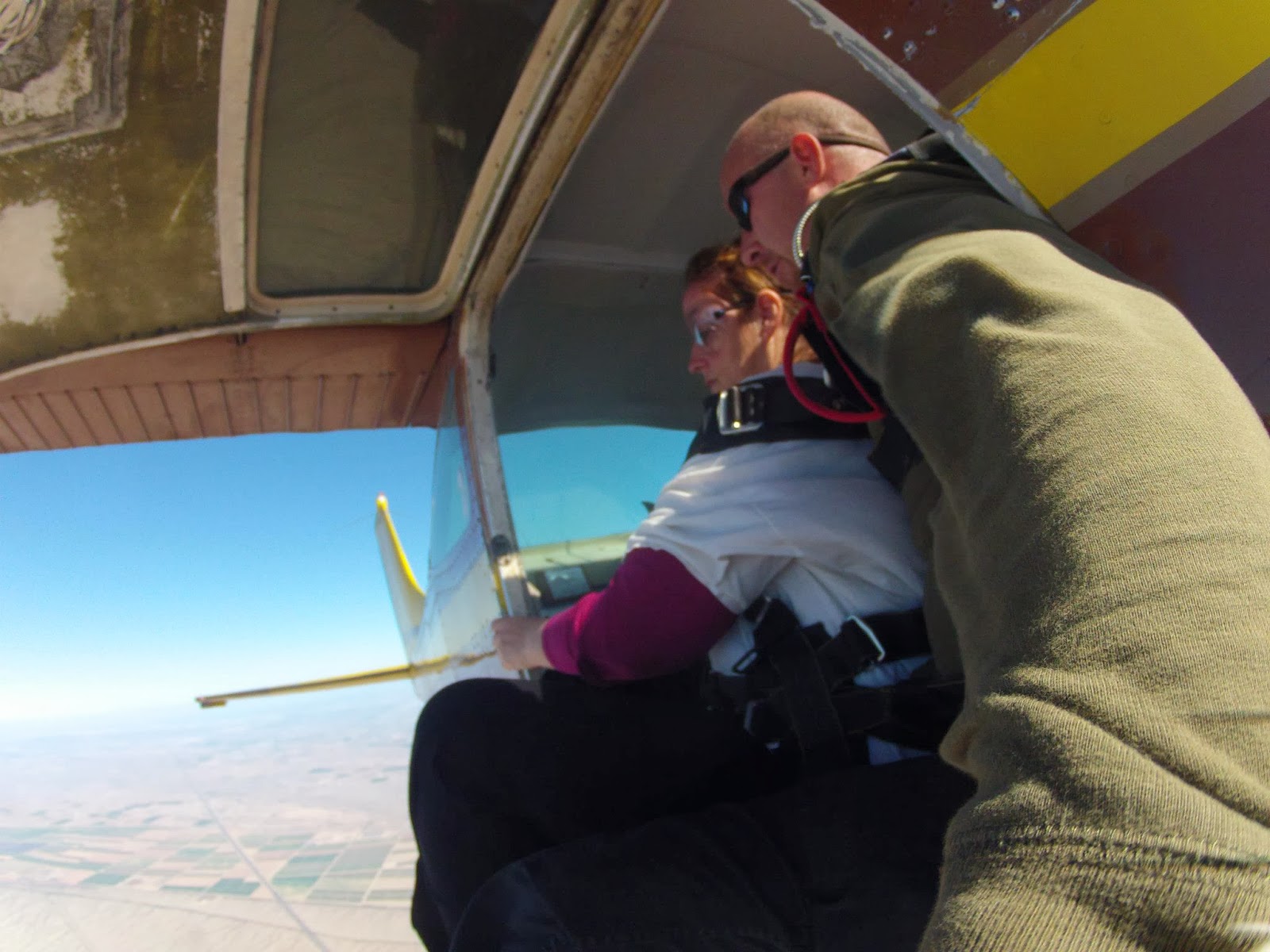 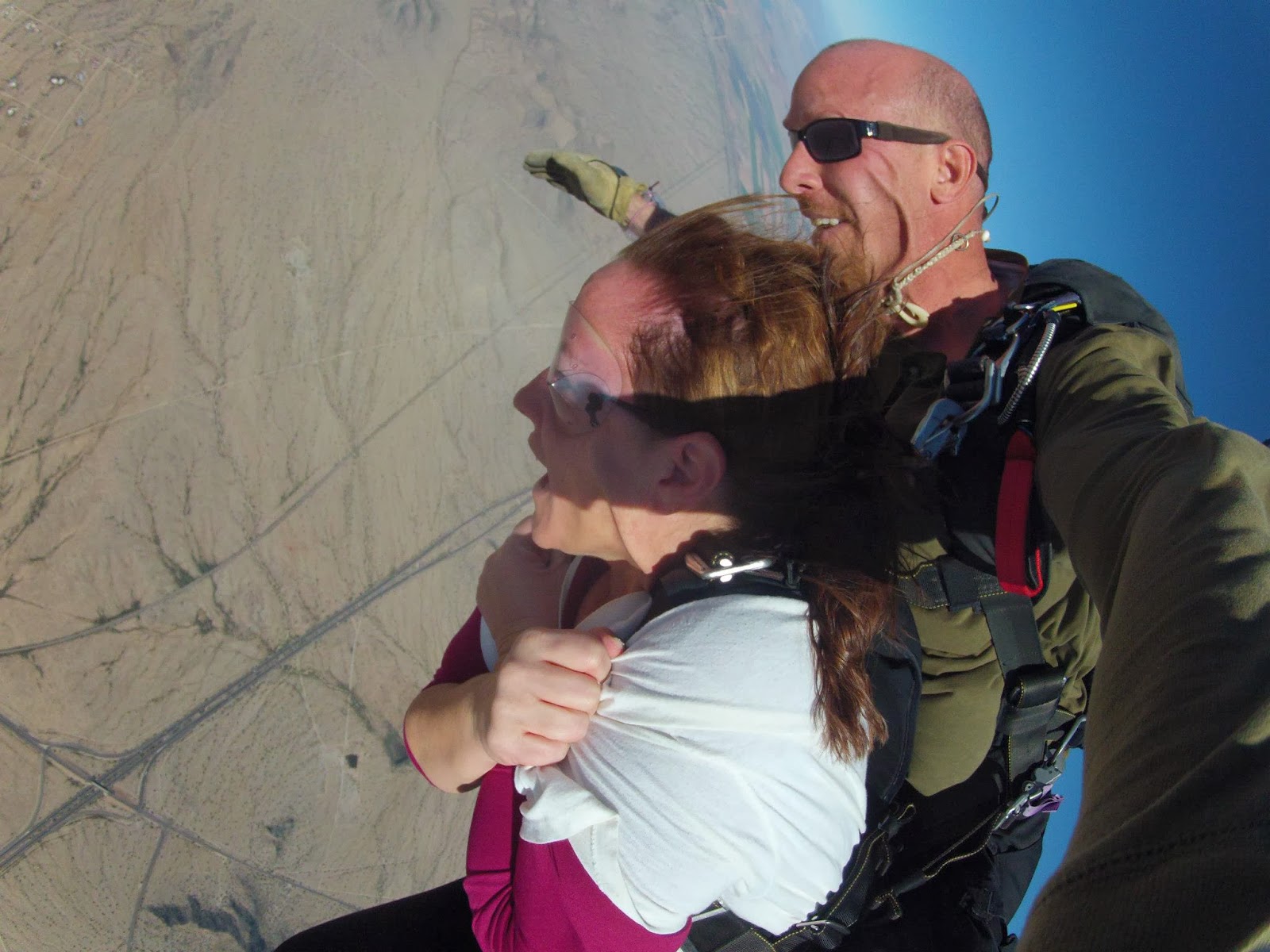 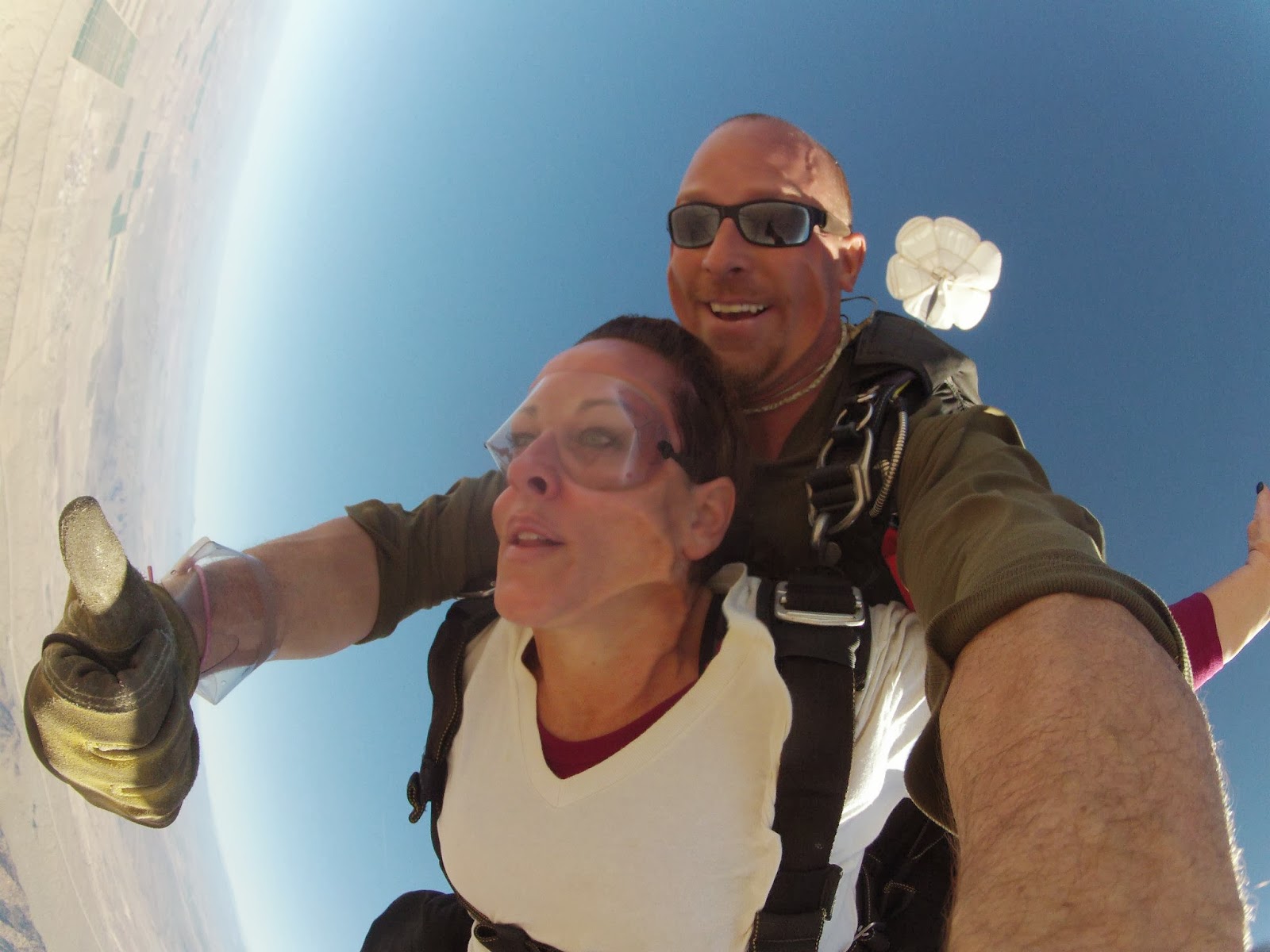 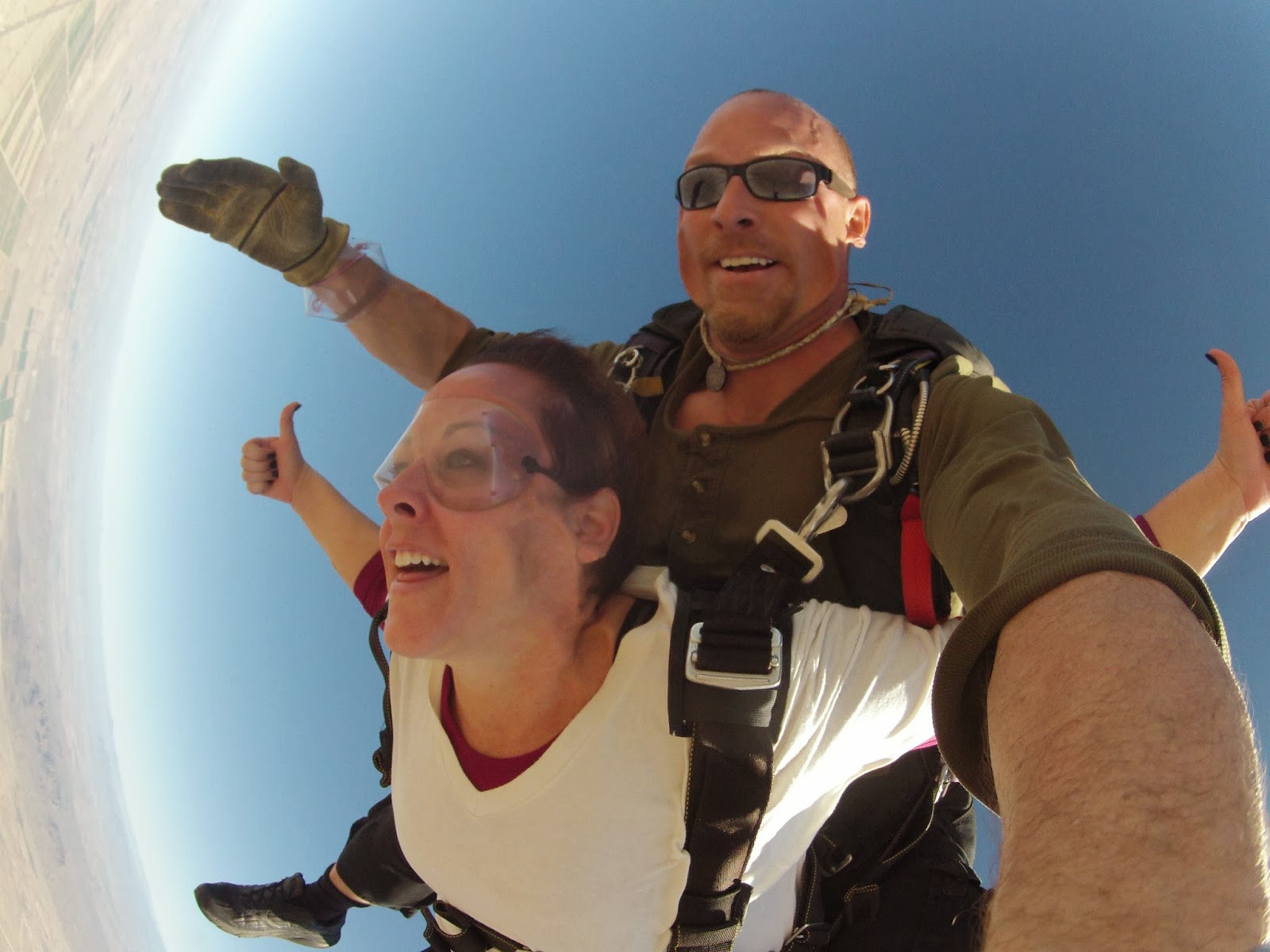 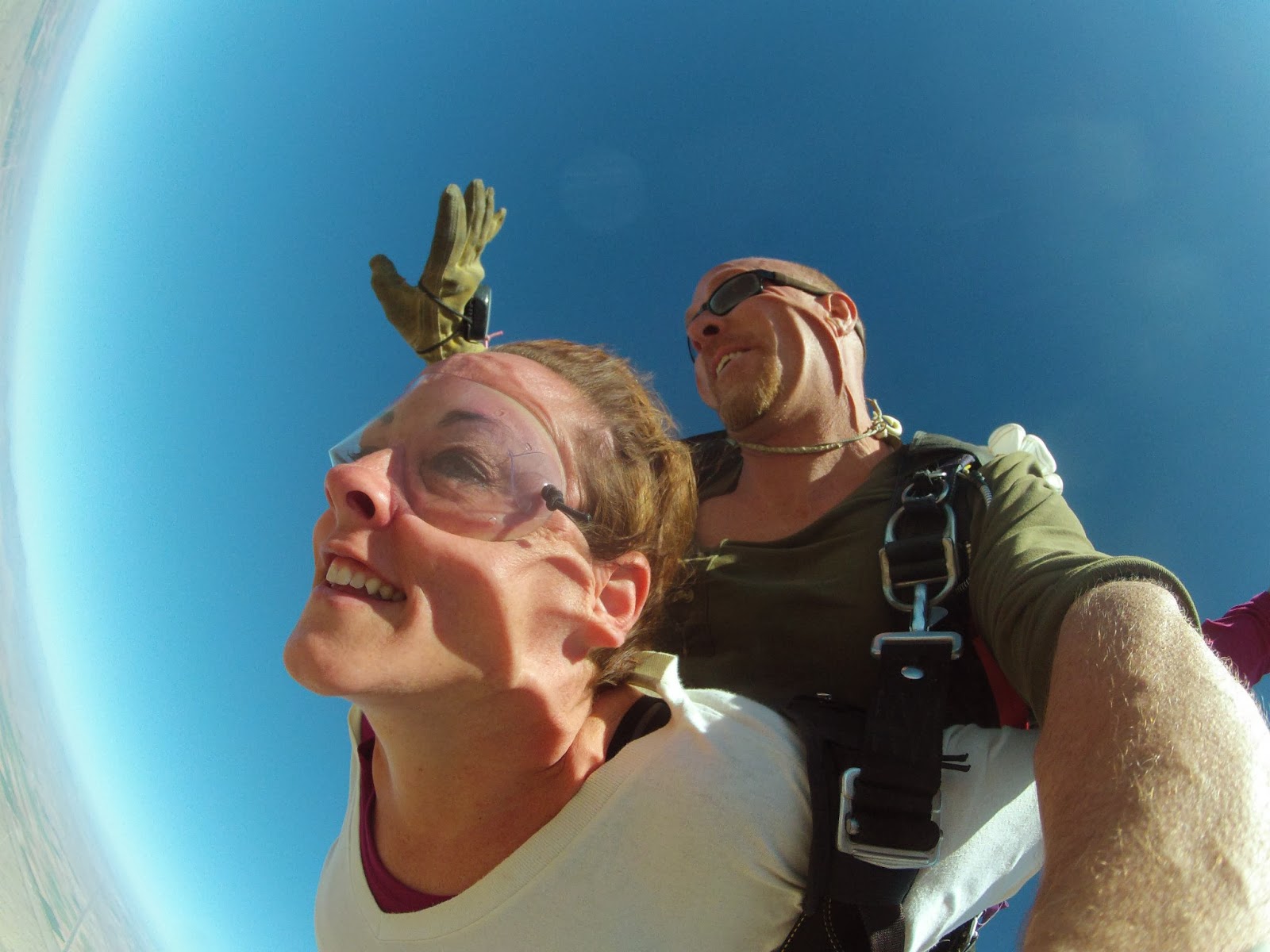 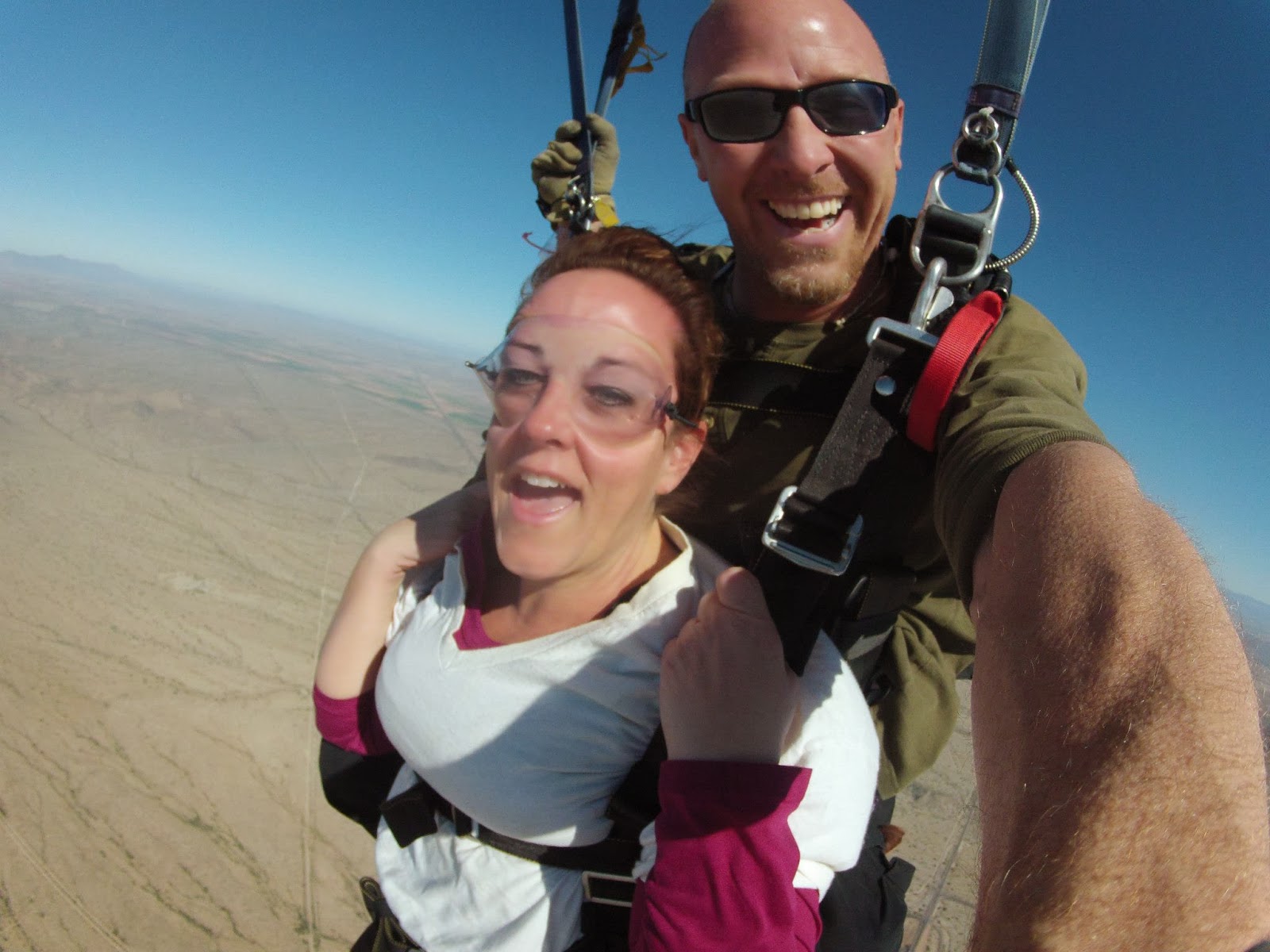 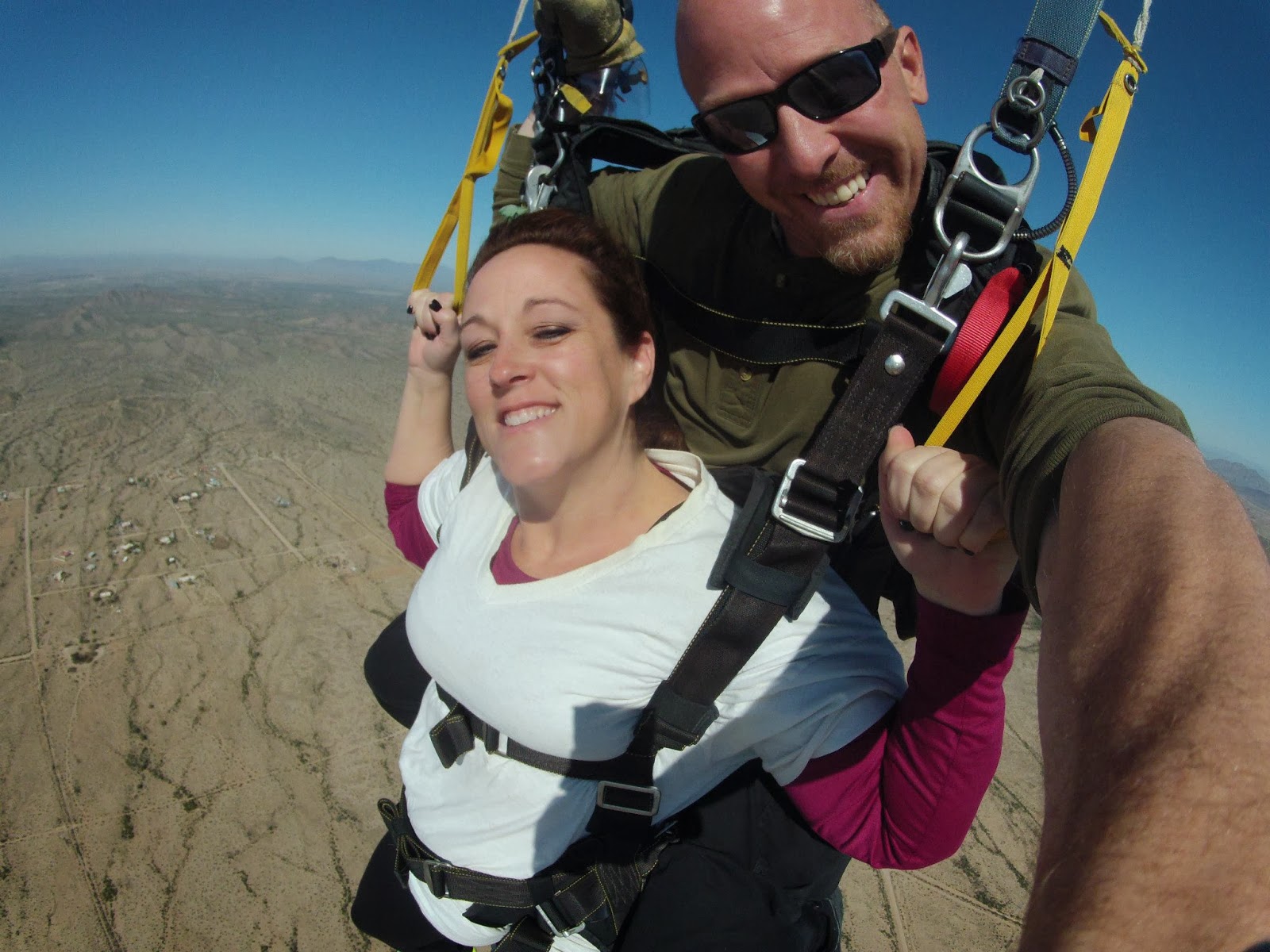 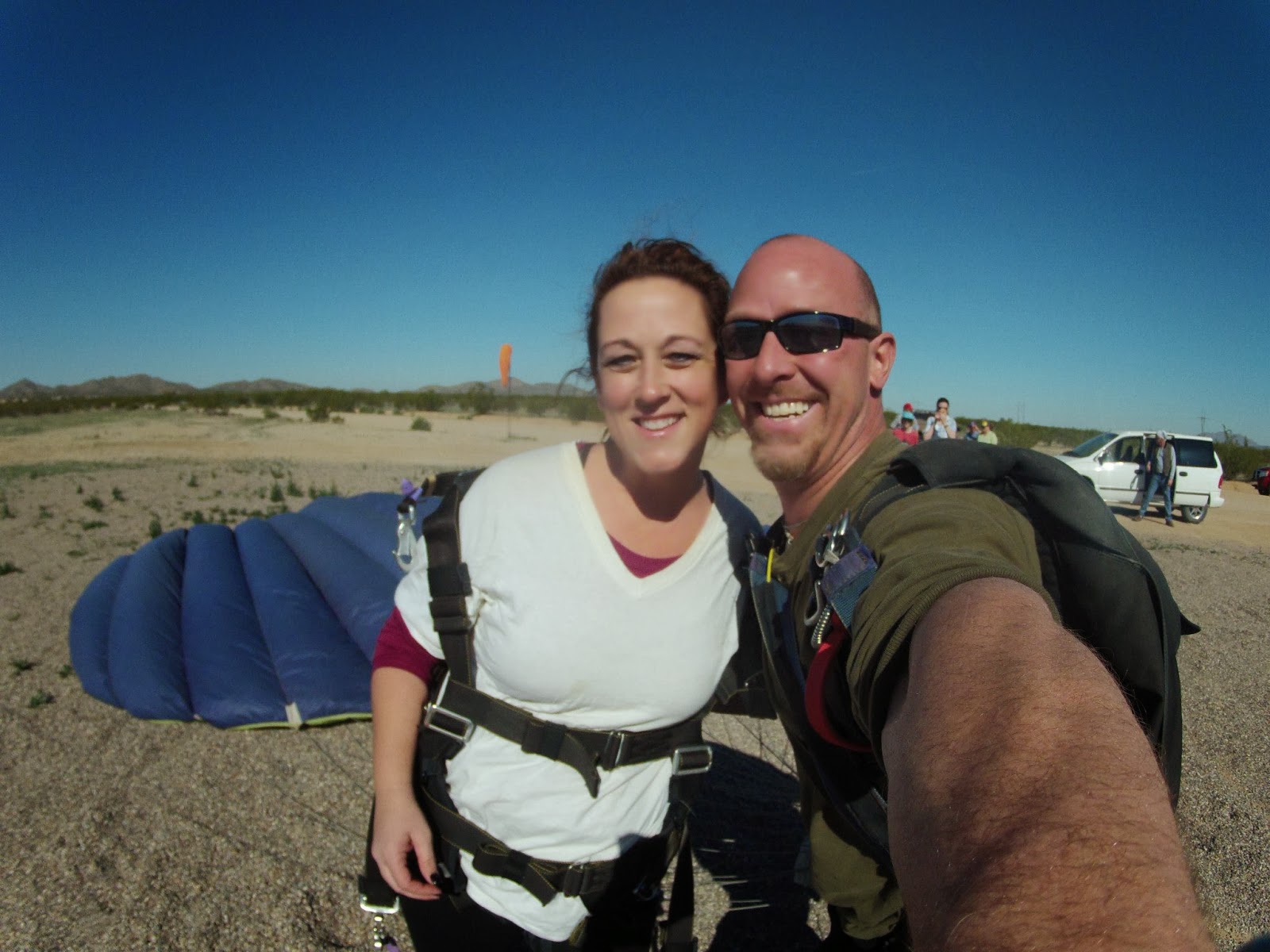 For my dad's 66th birthday, I decided to skydive to honor him. He had a pure passion for anything adventurous and skydiving was on the top of his list. I have always wanted to make a jump but I'm terrified of heights and I'm not a fan of small planes. About a year ago, I decided this was it... I needed to commit to jumping for my dad and decided that the best time to do this would be his birthday. So I started to mention to others I may go skydiving. Back in September, I finally told my mom... which meant I was dead serious about this. I was going to jump. About 6 weeks ago, I made my reservation for Feb. 17. I almost vomited just making the reservation but I did it. The weeks slowly kept going by and before I knew it, I woke up on Feb. 17 and headed down to Casa Grande to jump. I wasn't as nervous as I first thought I would be. Maybe I wasn't as nervous because I knew my dad would be with me on the jump. I'm not saying I wasn't nervous at all because I was. I don't know but I was surprised at the fact I wasn't in the bathroom throwing up! I'm not saying I wasn't nervous at all because I was. My mom drove down with me and Aunt Debbie, Uncle Tom, Steph, and Zach met us down there to help cheer me on. That meant the world to me!
I filled out my paper work, thinking I wouldn't be getting on a plane for another 30-45 minutes I was told I'd be on one in about 15 minutes! WHAT!!!?! I'm not ready for this yet... I still have to put my dad's t-shirt on, put on tennis shoes, and not all my family is there yet. Somehow though, it all worked out. I'm talking with Tim, my skydiving tandem buddy and he's tell me when he opens the door I'm going to cross my hands over my chest and lean back. Then tells me when he taps me, open my arms wide open. I'm asking - how many jumps has he had (16,000) and I'm thinking ok, I'm safe. He says he's been jumping for 24 years and was on the US Skydiving team. Thank you baby Jesus for giving me someone who knows what he's doing. He was a second generation skydiver. He's asking me questions and I can't even think... let alone talk.
We head outside, take a photo with my fam... Walk toward the plane, take some more photos. Then we climb in this little freaking plane.. Tim, myself, and the pilot, Justin... Jason, heck I don't remember. This is happening. I am going to jump from an airplane and free fall into the sky. I talk the entire flight now. I tell him about my first flight with Jerry to Alaska. Tim has heard of Willsey, crazy... small world, kinda. He tells me he was on the US Skydiving team, I tell him about the time my dad told me I was flying, then I know it's time. He tells me to come sit in front of him and I think oh hell... he straps me to him. I don't know how I felt at that point, excited, scared but when that door opens it's complete fear. I'm thinking no way... I quit, I'm not doing this as I put my legs over the side of the plane. Before I can back out the plane tips to the side and we roll out of the plane. It was AMAZING! Oh My Gosh... I can do this. We're falling and it's unbelievable. That is when I think, what if the chute doesn't open. HOLY HELL... but it does. Then we start to just float and I can breathe. This is the most unbelievable moment. Tim gives me the controllers to move the parachute. At about this point, the motion sickness comes to surface and I remember every time my dad would take me flying in his little plane how sick I would feel. Now the parachute is turning and we are moving from side to side. Tim tells me to show him my feet, which means to lift my shoes because we are going to land. As we are floating, I tell him about how my dad busted his ankle and that even though I know nothing is going to happen to my ankle, that is my fear, breaking it. He says he understands, it's a mental thing and I agree. We land... and it's a nice, soft landing. Tim tells me to put my feet down and we are now on the ground. He unstraps me from my harness and I'm done. It was seriously amazing. 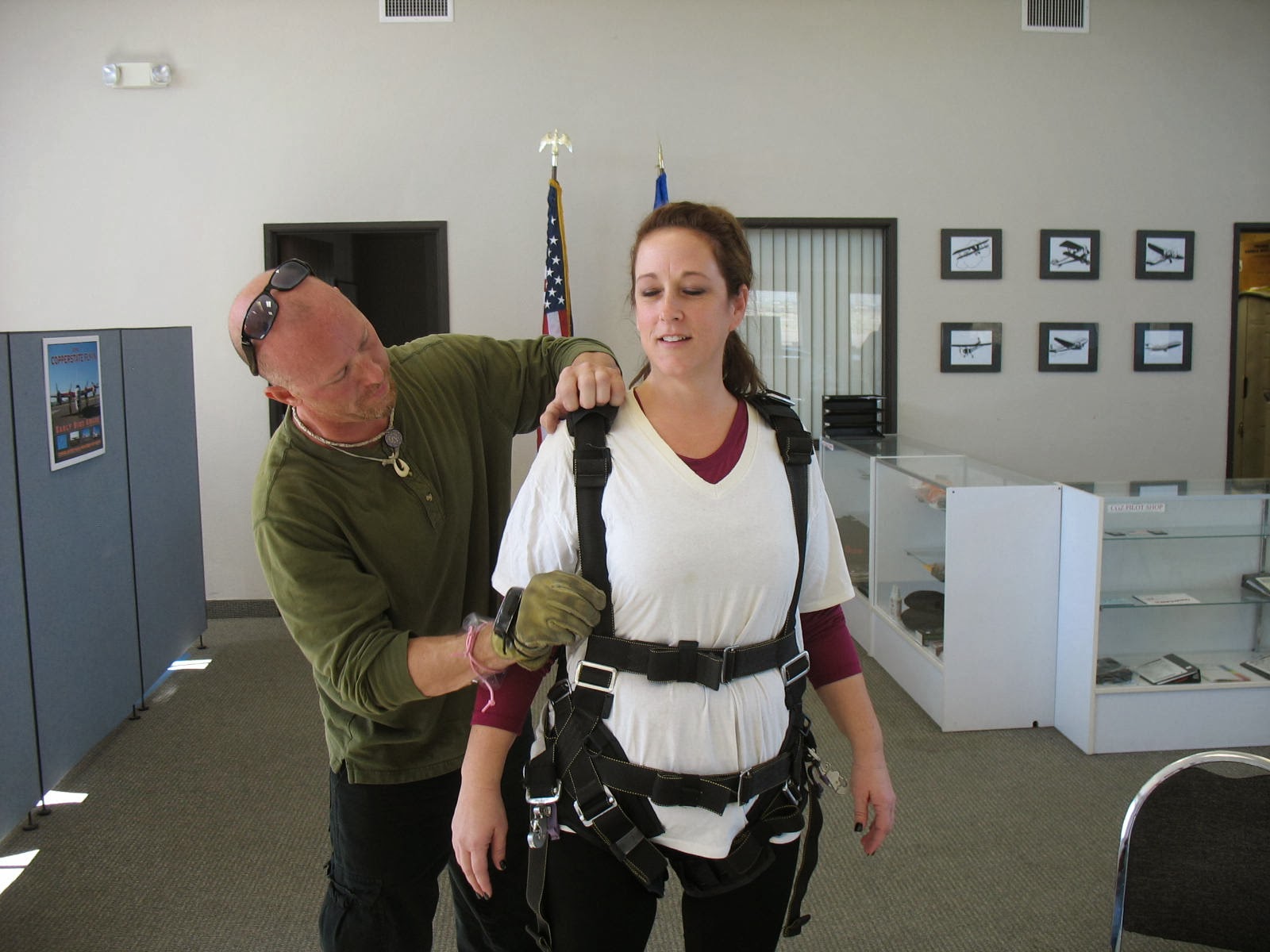 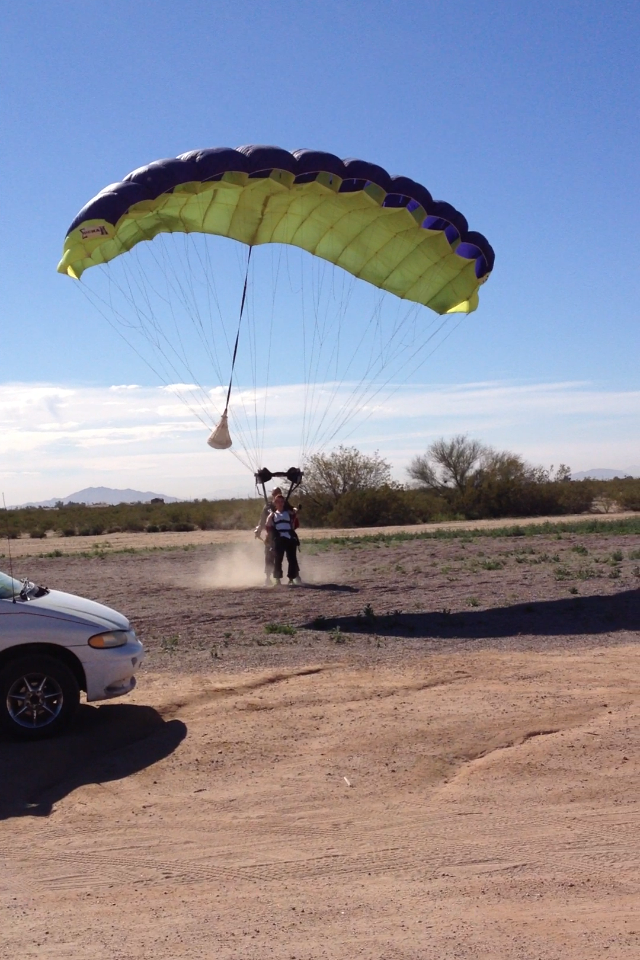